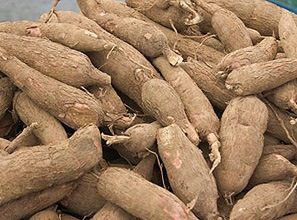 American Key Food Products (AKFP) has applied for a patent for the production process of its gluten-free cassava flour and has begun initial production at its manufacturing facility in Brazil, the company has said.

A range of specialty flour and starch ingredients has come onto the market in recent years, as food manufacturers have looked for ways to tap into the market for gluten-free foods. But producing baked goods without gluten presents significant challenges, and can result in dry, crumbly, or gummy products. Gluten – the protein found in wheat, rye, barley and spelt – provides elasticity in kneaded dough products, allows leavening, and is important for the crumb structure and texture of many baked goods.

AKFP technical sales director Carter Foss told FoodNavigator-USA.com that while cassava flours found in their native regions are generally coarse, with a texture similar to corn meal, AKFP’s process produces a fine, soft flour. The company processes the whole root, Foss said, “so we are distinguishing ourselves like that too because there is still protein and fiber”.

He said that the company has spent more than a year developing the flour to have baking characteristics that closely mimic wheat flour in structure, texture and taste. The patent application covers various aspects of the manufacturing process, including particular milling and drying procedures, as well as the resulting flour itself.

“During the processing of it, we have to get the physical characteristics made correctly or the flour fails. It over-bakes and turns to dust,” Foss said.

The company said that its cassava flour can replace combinations of flours, starches and hydrocolloids in gluten-free baked goods, allowing for a simpler ingredient statement. AKFP said it has started pilot plant runs at its new Brazilian facility, but intends to have continuous production on line by the beginning of 2011.