Honey powder could potentially be used as a dough improver, and may also act as a sugar replacer in bread, according to new research from China.

The authors of the study, published in the journal Food Research International, said that the addition of honey powder at a level of 5 to 10 per cent improved the baking quality by retarding staling and increasing shelf life.

“Because fructose in honey powder tends to absorb more moisture than sugar, the incorporation of honey powder resulted in higher retention of moisture in bread crumbs, thereby retardating staling and extending the shelf life,” they found.

The researchers also concluded that the ingredient had a desirable effect on the colour development of crust and crumb. “When honey powder was incorporated into the bread, the products had higher volume, softer crumb, and yellower colour,” found the authors, based at Jiangnan University. 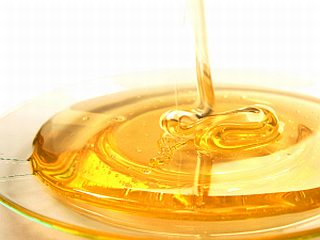 For the fifteen bread samples containing honey powder, the dough formulation was identical with that of the control bread except for the fact that the sugar was replaced by the honey.

The authors explained that flour, fine sugar, honey powder, milk powder were uniformly mixed in a stirrer using a dough hook, followed by the addition of yeast and bread improver. The dough was prepared in the stirrer for 1 min at 40 rpm, and 10 minutes at 70 rpm after egg and water were added. Final dough temperature was 28 °C.

The dough was rested in bulk for 10 min, divided into pieces of 100 g, rounded by hand (ball shape), and submitted to an extra fermentation period of 10 minutes.

The dough was then kneaded, put in well-greased pans, proofed at 37 °C and 85 per cent relative humidity for 2 hours and baked in an electric oven set at upper temperature 170 °C and down temperature 220 °C for 20 minutes. The bread was removed from the pans and cooled at 25 °C for 1 hour before testing.

After cooling and before storage, there was no obvious difference in crumb hardness between honey and the control bread samples. However, the sugar bread became harder than the honey breads after storage, said the China based team.

The researchers found that honey breads had lower hardness, adhesiveness, gumminess, and chewiness, along with higher springiness and cohesiveness than the control bread after one day of storage.

The increased bread softness as the honey powder content increased may be attributed to the fructose present in honey was more hygroscopic than sugar, added the authors.

“The positive effect of honey powder on yeast activity and gas production during fermentation, in combination with the softening effect promoted by fructose on the gluten proteins led to increase in volume of loaves and longer shelf life.

It appeared that honey powder had a softening effect on crumb hardness,” noted the researchers.

The team also determined that high levels of honey powder – over 10 per cent – could weaken the intension of dough and could cause stickiness problems during kneading, making the dough difficult to work.

Thus, they recommend honey power be added to bread formulation at levels of between 5 to 10 per cent to ensure good sensory characteristics.