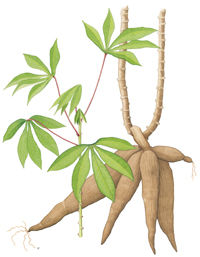 The addition of starch to sorghum dough could improve certain negative characteristics of gluten-free sorghum bread, according to researchers.

Sorghum is one of the world’s oldest known grains, and is one of a range of ancient grains that are naturally gluten-free. It has gained popularity as the market for gluten-free foods has grown, based on its greater nutritional value, compared withother gluten-free flours such as rice, corn or potato flour – however, it has physico-chemical properties that can negatively affect dough quality.

Sorghum dough lacks the consistency and elasticity associated with wheat flour dough, and when cooked, forms extended structures with embedded starch that can affect various technological properties of sorghum bread.

The addition of starch to sorghum dough is thought to aid the development of a “cohesive crumb network that traps gas bubbles and prevents loss of carbon dioxide and crust collapse,” noted the authors.

Starches from different origins have different compositional and structural properties, and it is known such variance in starches can affect the properties of bread dough.

“It is … reasonable to assume that the botanical origin of starch will affect the rheological and crumb properties of sorghum batter and bread,” wrote the researchers.

The new research tested gluten-free sorghum bread made with varying levels of four different starches (cassava, maize, potato, or rice starch), investigating their effects on the properties of bread. 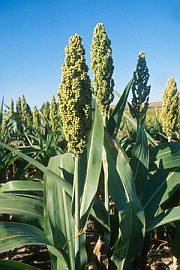 Crumb properties of sorghum bread were reported to improve with increasing starch content.

The researchers noted that cassava sorghum and rice-sorghum breads had better overall crumb properties than maize-sorghum or potato sorghum breads.

The crumb properties of all breads declined upon storage, however, the formulation containing 50 per cent cassava starch was seen to retain the best overall texture.

Breads made from pourable batters were observed to possess better crumb properties than for those made from soft doughs – bread containing 50 per cent cassava was reported to have the best overall crumb properties.