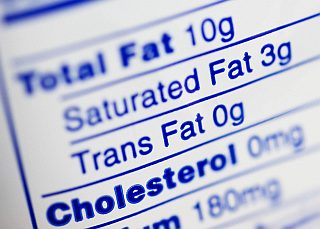 The nutrition labelling landscape is constantly evolving, and although final decisions on various global regulations are unlikely to be made over the next year, food manufacturers need to strategize for a number of potential outcomes, according to a new report.

The Future of Nutrition Labelling for Food and Drinks in Europe was published by Business Insights last month to provide an overview of the nutrition labelling options being considered internationally.

“Front-of-pack (FOP) nutrition labeling regulations will have a huge impact on the marketing of healthy food and drink. The rules about what you can and cannot claim will change. For brands that are built around a specific claim, this will mean changing the entire brand strategy, not just the packaging and marketing approach,” writes the analyst.

?”Companies need to be more forward-thinking and ready to react to FOP regulatory change as soon as it becomes effective will be the most successful over the next two to three years.”

However, the way in which this information should be presented has long been an area of contention, with one of the biggest criticisms of voluntary labeling schemes being that they create consumer confusion.

The report highlights findings from the European Consumers’ Association (BEUC; Bureau Européen des Unions de Consommateurs), which reveal that a system of colour-coding on the front of processed food packaging is best understood by consumers.

This kind of system would use red, amber and green ‘traffic lights’ to concisely display whether the key nutrients of fat, saturated fats, sugars and salt are high, medium or low.

However, the analyst highlights that at the end of March 2010, the European Parliament Environment Committee decided against making the use of a traffic light system mandatory, and that EU member states may adopt their own national rules.

“It therefore seems likely that manufacturers will take the lead in selecting the (…) national rules,” writes Business Insight.

“Sweden’s Keyhole FOP labelling system is frequently cited as a best-practice example that has stood the test of time in the global debate. First established in Sweden in 1989, it became accepted as a Nordic label for healthier food and drink in Denmark, Sweden and Norway on June 17, 2009.”