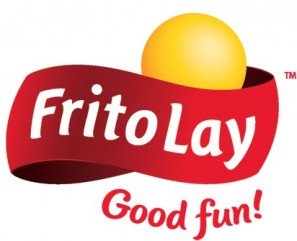 The world’s first 100 percent biodegradable chip packet – designed by FritoLay for its SunChips brand – has come in for criticism from Facebook members, with more than 30,000 agreeing the new packaging is too loud.

PepsiCo’s Frito-Lay North America division said it took four years to develop the 100 percent compostable package, which was launched in the United States in April. The snacks bags are made with the plant-based renewable material, polylactic acid (PLA), and biodegrade in as little as 14 weeks under ideal conditions.

At the time of publishing, the Facebook group SORRY BUT I CAN’T HEAR YOU OVER THIS SUNCHIPS BAG had attracted 32,464 fans, with many posting comments complaining that the new bags frighten their pets or that conversation cannot be heard over the sound of the packet.

One recent posting on the group’s wall said: “How am I supposed to sneak chips from the bag now without anyone knowing?”

In response to the consumer noise over the issue, the company has provided on-shelf signs that say: “Yes, the bag is loud. That’s what change sounds like.”

The package was chosen by product innovation experts from the market research organization Mintel at last month’s IFT food expo in Chicago as one of the most innovative new products of the past year. According to Mintel’s research, 43 percent of consumers say they are likely to buy the SunChips product because of its strong eco-friendly positioning.

No one from FritoLay was available to respond to a request for further information prior to publication.

However, some fans of the Facebook page have defended the SunChips packaging. Another posting reads: “A 100% compostable bag, great for the environment, and what bothers you is that it’s loud? Are you trying to hide the fact that you’re eating them? Pour them into a bowl and quit complaining.”

Facebook is the most popular social networking site, used by 78 percent of online households, according to TNS. The research organization has said that social media has the potential to “transform marketing as we know it.”