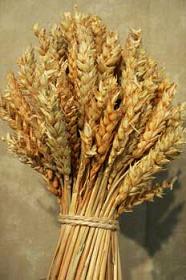 Flour prices could head further north this summer, driven by a combination of lower-than-anticipated corn planting in the US, reduced wheat production forecasts in Russia and Canada and lower yields in Europe, Premier Foods is predicting.

Gary Sharkey, head of wheat procurement at Premier’s milling arm Rank Hovis, told that it was too early to talk about the quality of the UK breadmaking wheat harvest, or how the issues outlined above could impact the price of a loaf in UK supermarkets.

However, several factors were putting pressure on prices, he said.

The first was lower-than-anticipated planting of corn in the US, with a recent survey from the US Department of Agriculture revealing that US farmers had planted 1.5m acres less than anticipated by international trading companies.

This was having a direct impact on wheat prices as corn was “the underlying commodity in world feed grain trade and many processors have the ability to switch into wheat if corn prices rise”, he explained.

As corn was also the preferred feedstock for the US biofuel industry, it was also sensitive to oil price fluctuation, he added.

The second reason for a recent surge in wheat prices was reduced production forecasts in Canada and Russia: “Excessive rains and flooding in the high-quality wheat growing regions of Canada is forecast to reduce production by 4m tonnes from previous estimates.”

“Russian production is now an estimated 8m tonnes below last year. This will impact on global trade as Russia has become the source of supplies for many North African destinations in the past few years.”

Meanwhile, recent high temperatures in Europe were likely to dent yields by 10-15% in many EU countries, he claimed.

“Closer to home, based on UK bread making prices for the harvest 2010, flour values have risen by 15-20% year-on-year. The UK harvest is expected to commence in early August, at which time we will fully evaluate both quantity and quality.”