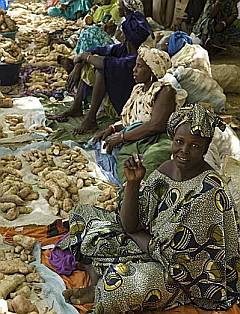 A group of Spanish investors hope to revolutionize the Senegal fresh bread market by setting up a bakery business in the African country.

Francisco Borrull, 36, from Alzira in Valencia, and his partners, Ramón García and Juan Iñigo aim to establish a network of 150 Baobab Foods outlets, after being attracted by a programme run by the Senegalese government and its youth employment agency to promote foreign investment in what are regarded as priority sectors, writes David Ing.

The trio plants to open a third of the shops (named after the country’s best known tree) in the capital Dakar, where around a quarter of the country’s 12 million population live, the next 50 in nearby cities and towns, and then spread out the rest of the west African country. It has been estimated the business will bring around 3,800 jobs to Senegal.

Borrull visited Senegal in October 2009 where he said he witnessed a demand for bakery goods not being satisfied, and even where bread was available it was often “lacking in quality”.

He added: “We found out about people not being able to eat bread every day, or sometimes spending up three hours in going to look for it.”

Interest in their project has already led the group to have a personal audience with the country’s prime minister and they have been feature on a Senegal prime time national TV news programme.

Since the French colonized the country in the late 19th century, the Senegalese have long been accustomed to the traditional baguette loaves but production quality suffers from the use of too many old ovens and frequent electricity cuts which mean much of the bread that comes out of them is not fully baked. Transport and hygiene are also major issues.

Borrull comented: “It is not uncommon to see bread wrapped up in a piece of paper picked up from the floor, or distribution carried out from horse-drawn carts.”

Alongside the development of the bakery chain, the company has plans to buy up land and grow its own wheat in line with an agricultural development initiative introduced by the country’s president, Abdoulaye Wade, two years ago to help the country become self-sufficient in food production.

Baobab Foods hopes to help illegal immigrants who have travelled to Spain from Senegal to return to the country by offering one in three of the jobs they create to workers being repatriated from Spain. The plan has already been discussed with the Senegalese consul in Valencia, who is supporting the move as many migrants are struggling to find work due to the tough economic climate in Spain.