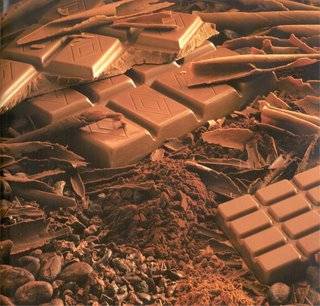 Chocolate sales in China reached Chinese Yuan 7.7 billion (€846m) in 2009 according to Euromonitor, after growing by a compound annual rate of 10 per cent since 2004. The market is still relatively undeveloped, with average per capita consumption a tiny 90 grams – well behind developed world rates, says the research firm, but this means that strong potential for growth remains.

Prior to the 1990s, few Chinese had ever tasted chocolate, except those who had contacts abroad, says Shao Feng, marketing director of the snack foods division at Chinese food conglomerate Cofco. Now, sales are being driven by rising incomes in the major cities and an increasing desire for Western products.

“Women now have higher salaries and can afford to buy themselves snacks,” says Shao. Cofco bought a registered Swiss brand – Le Conté – and imported Swiss manufacturing equipment and know-how to start the country’s first chocolate factory in the Shenzhen special economic zone near Hong Kong in 1991.

Yet it has struggled to compete with international confectionery heavyweight Mars. The company was one of the first foreign firms to enter China, setting up a manufacturing facility in 1993. Aggressive advertising and a wide distribution network has turned its Dove brand into China’s best-known chocolate, and also established the taste profile for chocolate in the market, explains Lawrence Allen, a former executive at Hershey’s and Nestlé, “This was virgin territory. There was a willing consumer who wanted to try a foreign, exotic product. And Dove was everywhere. It was classic mobile warfare.”

Dove had a 9.4 per cent share of the market in 2008, well ahead of Le Conté’s 5.7 per cent, according to Euromonitor. Dove is marketed as a ‘silky, smooth taste’, often accompanied by an image of a beautiful woman. Cofco is now trying to rival Dove’s position with a new slogan – ‘The richest, purest, and most beloved Le Conté’. “Their chocolate is sweeter, while we have a higher cocoa content. Our chocolate is more pure,” explains Shao.

But Allen, author of the China business book ‘Chocolate Fortunes’, doubts that Cofco can rival foreign brands, “The Chinese first tasted chocolate when they received it as a gift from abroad. It is still seen as a foreign indulgence.”

However, Shao claims that the Chinese consumer is more interested in quality than the origin of the brand. His view is perhaps supported by the surge in dark chocolate products entering the market. They accounted for a third of all new product launches in 2008, according to market research firm Mintel, although the trend slowed last year.

Many brands highlight the percentage of cocoa clearly on their packaging. Mars launched a 66 per cent cocoa product last June (called ‘Chun hei qiao ke li’, which means pure dark chocolate), one of the highest on the Chinese market. Ferrero followed a few months later with the introduction of Ferrero Rondnoir in two test markets, Guangzhou and Nanjing. Meanwhile, Cadbury’s and Lotte offer 45% cocoa content products in China, while Lindt has introduced a 99% cocoa content bar and reports good demand from older women.

“The growth of dark chocolate is very noticeable,” said Kevin Zhu, analyst at Euromonitor. “These products are positioned as a premium and target females who care about their figure.”

Health concerns in China are creating some niche categories. Beijing Yili Food specialises in sugar-free chocolate. “Our target consumers are young girls who don’t want to gain weight and people with diabetes. There are more and more diabetics in China,” said spokeswoman Zhang Bin. Nestlé says it is adapting its successful Wafer range to meet growing needs for ‘healthy snacking’. A strawberry yoghurt wafer, launched this year, contains added calcium. 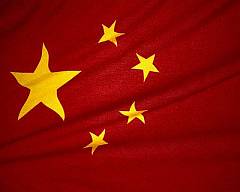 Chocolate packaging is also evolving in China as consumers in major cities become chocolate lovers. Packs containing bite-sized chocolate pieces are popular, particularly among consumers still developing a chocolate-eating habit. “Many Chinese won’t eat a bar in one go. You often see an open chocolate bar sitting on an office desk, with the top folded over with a paper clip,” said Allen.

Hershey’s Kisses proved popular for this reason and their pouch packaging has been copied by others. Manufacturers are increasingly targeting upwardly mobile women with more handy packets, however. Lotte’s cocoa-rich Dreamy Chocolate comes in a plastic bottle, the kind more commonly known to contain chewing gum. Dove has recently launched Xin Sui, which consists of different flavours of chocolate drops sold in plastic containers even smaller than Lotte’s chewing gum bottle. Both packs are well-suited to carrying in handbags.

However, such products are rarely found beyond Beijing, Shanghai and other major cities. In those regions, gift-giving remains the major driver of chocolate sales. Boxed assortments made up about 40 per cent of total sales in China in 2009, according to Euromonitor, as wealthier consumers sought to show off their rising status by lavishing chocolates on business relations. Weddings, Chinese New Year and Valentine’s Day are increasingly important for chocolate makers too.

Ferrero has done well out of this trend, taking a number three position in the market thanks to its boxes of gold-wrapped Ferrero Rocher. “This is the perfect product for China,” says Allen, pointing to the traditional Chinese belief in gold as an auspicious colour.

Nonetheless, Shao claims that Le Conté is ahead of Ferrero in sales thanks to Cofco’s much wider distribution network. Unlike most foreign firms, its reach extends into the ‘second-tier’, or smaller, Chinese cities. Allen believes that Cofco’s chocolate brands will benefit as these cities develop, tapping into desires of the upwardly mobile population who no longer want to buy the cheap compound chocolate made by some of the domestic brands. “When the middle section of the market opens up, Le Conté will be there. You’ve still got a billion people out there who have never tasted chocolate.”

Meanwhile, in the top-tier cities, brands that nurture an image of exotic luxury will continue to win sales. One such name is Belgium-based Senz, which has recently introduced its Art of Expression range. “Chocolate produced in Belgium has a good image,” says Euromonitor’s Zhu. The product also contains macadamia nuts, another exotic ingredient. Indeed, chocolate with nuts is expected to be a growing trend in new chocolate launches in China, according to Helen Zhao, research manager at Mintel in Shanghai.