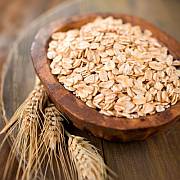 The next generation of gluten-free products may be achieved with sourdough technology and better processing of oats, according to the EU’s HealthGrain project.

While oats do not contain gluten, the proteins they do contain do not possess the unique visco-elastic properties characteristic of wheat gluten, thus oat doughs resemble cake batters rather than bread doughs.

In an attempt to overcome these challenges researchers participating in the European Union project HealthGrain project examined the effects of processing on the final bread structure and its nutritional content.

It should be noted that, although oats do not actually contain gluten there is some concern over their presence in foods since they are commonly contaminated during processing with gluten from wheat, rye or barley, according to Coeliac UK.

The researchers also noted that different oat varieties yielded better quality bread than others, dependent on the protein and fat content, starch properties as well as alpha-amylase activity.

The researchers, led by Professor Elke Arendt from University College Cork, also examined the effect of sourdough on oat bread quality and indentified superior performance of lactic acid bacterial strains which are not commonly found in wheat or rye sourdoughs.

Improved protein networks were achieved using HP, said the researchers, when pressures of 350 MPa were used or more were used. At lower pressure, the researchers noted a weakening of protein structures. Addition of HP-treated oat batters to oat bread resulted in improved volume and decreased staling at 200 MPa, while higher pressures did not improve oat bread quality, they said.

Gluten-free foods have rapidly increased in popularity over the past few years – partly as a result of better diagnosis of celiac disease, an autoimmune disorder triggered by exposure to gluten, the protein in wheat, barley, rye and spelt. However, there has also been a mass movement toward gluten-free products by those who have self-diagnosed wheat or gluten intolerance or who believe gluten-free to be a healthier way of eating.

The nutritional content of gluten-free foods is an increasing area of concern. Many of these products are characterised by reduced nutrient contents. In most cases, such products are not fortified and are poorer in B vitamins, iron, folate, and dietary fibre than gluten-containing formulations. Gluten-free foods also fall beyond the realm of fortification programmes.

One area showing promise is the use of alternative or ‘ancient’ grains, such as amaranth, buckwheat, quinoa, brown rice, sorghum, and teff. Only recently, scientists from the Celiac Disease Center at Columbia University in New York reported that the use of such alternative flour sources could improve intakes of protein, iron, calcium and fibre (Journal of Human Nutrition and Dietetics).

Oats have been receiving increased attention based on their nutritional quality, linked to the total dietary fibre and beta-glucan content. Beyond beta-glucan, oats also contain high amounts of other valuable nutrients such as proteins, unsaturated fatty acids, vitamins, minerals and antioxidants.