What are the latest strategies being used to reduce and replace salt and fats in the bakery sector?

Bakery products have been impacted by the drive to reduce salt and saturated fat content in food. It is not as simple as finding an alternative to replace the taste of salt or the flavour of the fat – these ingredients have functional properties that are fundamental to the structure and texture of the products.

Salt reduction is largely being led by the UK’s Food Standards Agency (FSA), which in 2003 advised adults to consume no more than 6g a day. Food manufacturers have risen to the challenge, and average salt levels in bread have already been reduced by a third. However, a new target has now been set for 2012 – down to 1.0g per 100g of bread from the current 1.1g, which poses a further challenge.

In most products, the main function of salt is in taste. In bread, it is a little more complicated, as salt is crucial to yeast activity. If salt levels are reduced, the product’s properties are affected, says Maurits Burgering, business development manager at TNO Quality of Life. “The stickiness of the dough is influenced by salt content,” he says. “This affects processability. It also has an impact on microbiology. It is possible to make bread without any salt, but the question is whether this is a product you would want to put on the market! We are looking at the extent to which salt can be reduced without compromising these issues, and if it goes down too far, what are the first problems you encounter in processability?” 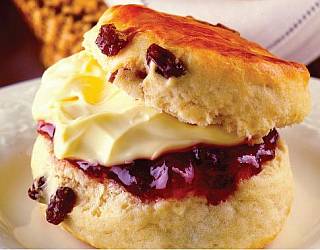 Saturated fats are still in the firing line

TNO has also worked on bread with layers containing more and less salt, where the sensory contrast helps tackle taste issues As bread differs from one country to another, the best solution to reducing salt will vary, and they are developing a toolbox of solutions, Burgering says. “The flour is also different, and a toolbox would help meet the needs of every regional specialty,” he says.

However, as far as bread is concerned, alternatives to salt are limited, according to Stan Cauvain, director and vice-president of R&D activities at the BakeTran consultancy. “Potassium chloride is the obvious choice, but the problem is its bitterness,” he says. “In the past, when sodium chloride levels were high, you could tolerate higher KCl levels, but when you have less NaCl, you are more likely to pick up the bitter overtones.”

Several companies now offer new crystalline forms of salt containing KCl designed to have less impact on flavour perception, he says, but uptake remains limited in the bakery sector. “It’s certainly more expensive, and of course there’s always the interesting question about the legality of using it in bread in the UK, as there is a debate over whether it is on the prescribed list of ingredients.”

Other substitutes focus on addressing flavour issues. “Some companies claim the answer to low-salt bread is

introducing flavours from ferments, brews, and nature identical flavours, but it’s important to separate the impact salt has on flavour, from its the impact on functionality,” Cauvain explains. “Salt cannot be removed without introducing other changes to processing or

even, perhaps, the quality of the bread that is produced. A lot has been learnt, but there remains no 1:1 replacement for salt. And if we are to continue to produce bread as we currently know and understand it, there is no real alternative.”

In cakes, biscuits and pastry, fat replacement is more of an issue than salt, as fat – particularly saturated fat – makes a huge contribution to the eating quality of a cake.

There has been a real drive in recent years to reduce the ‘bad’ fats in the diet, although there is now some doubt about whether saturated fat is really that bad for the heart. A recent meta-analysis of 21 studies in nearly 350,000 patients showed no significant evidence that dietary saturated fat is associated in an increased risk of either heart disease or stroke. Burgering believes, however, that fat reduction will remain an issue in bakery products. “It is possible to replace saturated fat with unsaturated, but this has to be done very carefully,” he says.

The problem is that, all too often, fat reduced cake or pastry is about as pleasant to eat as cardboard. “Fat has an impact on the lubrication effect in the mouth, and hence the eating quality,” says Cauvain.

“But the huge contribution that fat makes to the formation of the structure is often overlooked. This is also a tremendous contributor to the eating quality.”

Thus the structure of the ‘cardboard’ cake is less fragile, and less likely to break down in the mouth, an attribute that Cauvain says is as much down to the type of fat used as the level of it. “There has been a move to remove trans fats and reduce saturated fats, but the big problem is that these are the fats that contribute most to the structure-forming properties.