With the trend towards dark chocolate gaining momentum, cocoa bean prices are rising, as are calls for certification. Michelle Knott reports

Across Europe it’s the Swiss who spend the most per head on chocolate, forking out the equivalent of $206 per person per year. Brits and Belgians follow, spending $106 and $90, respectively. But when it comes to national spending on the sweet stuff it’s British consumers who top the European league table, packing away a belly-busting £3.5bn of chocolate in 2008, according to Mintel. Only the Germans came anywhere close to this with £3.4bn, and there are 20M more of them.

But while chocolate remains an affordable treat, the market is not recession-proof. Barry Callebaut, for example, has had its “first ever ‘off year’ in chocolate”, says chief innovations officer Hans Vriens. “Our volumes have still been growing, but we may find that there was a 12% shrinkage in value last year.” And with over 6,000 major customers, Barry Callebaut’s experience provides a good reflection of the global market.

But Vriens is bullish about where the market is heading next. “Now we’re moving into the next phase with a lot of new projects and we’re seeing people returning to higher cocoa percentages where they might have been cutting back.” 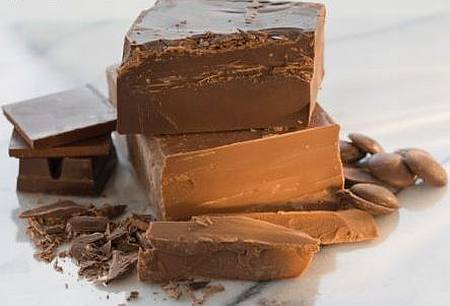 This drive for higher levels of cocoa reflects a longer-term trend toward dark chocolate. Although 51% of Brits still prefer milk chocolate, Mintel says that the UK is following the lead of continental markets towards dark chocolate.

“There has been 1020% growth in dark chocolate over a decade,” says Vriens. “It’s a pronounced trend in most markets. People have a belief that dark chocolate is healthier.” In addition, changing tastes mean that consumers are more likely to indulge their dark side the older they get, so the ageing population should see the trend towards more ‘grown up’ chocolate continuing to gather momentum.

“There has certainly been an increase in the popularity of dark chocolate and this reflects consumers’ changing tastes. When Thorntons launched its chocolate block range back in September 2008, more than half the range was dark chocolate,” says Keith Hurdman, Thorntons’ master chocolatier. “The other trend we have noticed is that consumers are becoming more adventurous with flavours they are prepared to try. The prime example of this is our chilli choc block, which we launched last January. It became our number one selling bar within weeks.”

Provenance and single-source chocolate is another growing niche. Vriens points to double-digit growth over the past 10 years, although it’s suffered a blip during the downturn. “The provenance trend will stay and go even further towards single plantation products and even different vintages, just like wine,” he predicts.

According to Hurdman: “The region it is grown in affects the taste and the notes of the chocolate. A lot of the flavour from the cacao tree, from which the beans come, is attributable to the genetics of the plant, the fermentation and drying of the beans, along with each region’s soil composition and climate. For example, we used cocoa beans from Mexico in our dark chilli chocolate block because Mexican beans add slightly spicy notes to the chocolate, which complement the chilli really well.”

As well as wanting to know where their chocolate is coming from, consumers increasingly want to support ethical and sustainable production. “While demand for organic certified chocolate has been growing steadily over the past 10 years, we have seen a jump of more than 50% in the demand for Fairtrade-certified products in 2009 and an increase of 12% in certified products volume overall,” says Vriens. Heavyweight consumer brands have also been jumping on board, with Cadbury Dairy Milk adopting Fairtrade certification last summer and Nestlé’s KitKat following suit at the start of this year. But it doesn’t end there. For example, Nestlé intends to spend £65M over the next 10 years on helping cocoa-growing communities under its ‘Cocoa Plan’.

The major cocoa suppliers such as Cargill and Barry Callebaut are also extremely active in the origin countries.”We’re one of the founding fathers of the UTZ certification scheme,” says Filip Buggenhout, md of chocolate at Cargill Cocoa and Chocolate. “If we can increase quality production and get yield improvement we’ll end up with farming communities that are more successful and create a more sustainable supply chain.”

Consumer-facing customers are increasingly asking suppliers to comply with third-party certification schemes, such as Fairtrade or the Rainforest Alliance. “When you have a strong presence in the origin countries you can often combine your efforts to meet some of the demands of different schemes in parallel,” says Vriens.

Although the growth in demand for certification looks set to continue, it remains a niche market confined largely to more affluent consumers, according to Mintel, with fair trade and organic products commanding just 15% and 8% of UK chocolate sales respectively. 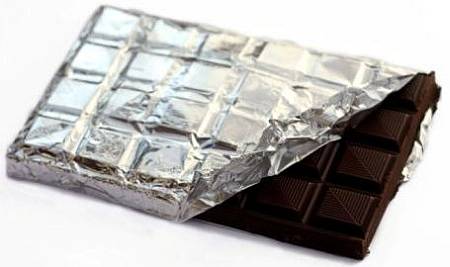 But there is another reason why the big suppliers are working hard to improve life for small farmers: the staggering rise in cocoa prices that the industry has had to accommodate over the past couple of years. Monthly average cocoa prices rose from $2,216/t in January 2008 to $2,626/t by the following year.

They then shot up a third again to $3,498/t by December 2009, according to the International Cocoa Organisation. “My feeling is that the supply side is more responsible for today’s price rises,” says Buggenhout. Before the relatively recently price hikes, cocoa farmers were wrestling with such low returns that many were turning to other crops, such as rubber, he says. There is also a lack of expertise among many smallholders, who need help to optimise production.

“At Cargill we’re helping farmers to become more successful so they can bring long-term stability to the market. Rising cocoa prices are helping but we need more, such as farmer field schools to improve farming practices.”

On the other hand, Vriens cautions that, even though new farmers are joining the industry, the net cocoa supply is not yet growing. In addition, there are longer-term trends on the demand side that will also push up prices: “People are eating more chocolate and moving to darker versions that need more cocoa beans. We can also see India and China starting to turn into chocolate nations. I think we should get used to higher cocoa prices.”

So we want our chocolate to be less naughty in terms of sustainability, but what about health? Lower-sugar and lower-fat chocolate has, so far, failed to make much impact, but that could change with a switch of marketing emphasis away from overtly virtuous products towards ‘stealth health’, which sells the idea that it’s just as indulgent, but with fewer calories. Barry Callebaut reports a lot of interest from customers, with around 200 recipe ‘rebalancing’ projects currently on the go.

Cargill is also active in this area, and has unveiled a solution based on erythritol, the first zero-calorie polyol. Bringing in expertise in textures and flavours from other areas of the business has also allowed chocolatiers to develop a system that prevents the perception of coolness that polyols often deliver when consumed.

As well as removing calories, firms have also been looking at the potential of adding functional ingredients to chocolate, which is itself a rich source of polyophenols and other bioactive substances increasingly scrutinised by the big players such as Mars and Nestlé. 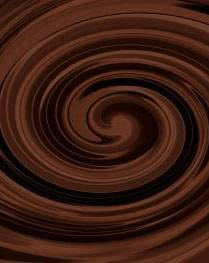 According to Professor Eyal Shimoni of the Israel Institute of Technology, the structure of chocolate makes it a particularly good carrier of unstable functional ingredients such as probiotics: “It is a semi-solid, highly viscous mass, is practically inaccessible to oxygen, and is slowly melted and dissolved in the gastrointestinal tract. It can therefore serve as a macroencapsulation system. One can think of a vast range of components [that could be added], starting from the obvious polyphenols or other antioxidants, but also minerals and essential fatty acids.”

However, Europe may not prove to be the ideal launchpad for such products, given the lousy success rate of health claims submitted to date under the EU Nutrition and Health Claims Regulation, and the additional spanner in the works posed by nutrient profiling, which prevents claims on products that are high in fat or sugar. FIHN