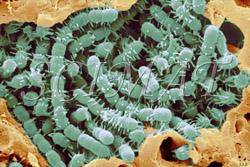 Researchers in Finland have discovered lactic bacteria that naturally produce hydrocolloids in wheat bread using sourdough, and could be used to make additive-free products that meet taste and texture requirements.

Sourdough always contains lactic acid bacteria, which are responsible for the fermentation process. But Kati Katina, senior research scientist at VTT Technical Research Centre of Finland led a three-year project to screen over 100 other cereal and food-based microbes to find out which ones work in a wheat matrix and can yield helpful hydrocolloids. The first phase of the project involved a modelling system.

Once the team had narrowed down the potential candidates, it progressed to the baking stage. Katina told  that the team was “quite lucky” to find four or five lactic bacteria that helped the mechanical processability of the dough, improved shelf life, and increased volume. The taste was mild and lacked the pungency often associated with sourdough bread.

The effect is attributed to the production of exopolysaccharides during the fermentation process, which act as coagulants and emulsifiers.

In a report on the work published in the journal Food Microbiology, Katina and her team said that Weissella confusa was identified as a strain with particular potential. Others from the general Leuconostoc, Lactobacillus, and Weissella were seen to produce exopolysaccharides, but with some strains the positive technical results were marred by acidification. This was not the case with W confusa.

The indication is that the addition of the lactic bacteria early on means there is no need for other additives to be used in the manufacturing process, in order to achieve the same high quality results.

The project as funded by the Finnish Funding Agency for technology and Innovation Tekes, as well as by VTT. Katina said that since it is a nationally funded project, the findings have been made public and some bakeries are already putting them to use in their projects.

However Katina’s work is not yet over: There is potential to use the technology for producing ingredients for other cereal products and foods, such as extruded snacks, she said.

She is now investigating the nutritional aspects of the technology. Sourdough already has a reputation for having a low glycaemic index, and it is thought that the formation of the hydrocolloids could enhance this effect.