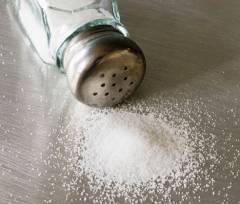 Several major food companies in Australia, including George Weston Foods, Goodman Fielder Baking and Cereal Partners Worldwide, have agreed to reduce the amount of salt in their bread and breakfast cereals as part of a collaborative effort with the government called the Food and Health Dialogue.

Mark Butler, the parliamentary secretary for health in Australia, said George Weston Foods, Goodman Fielder Baking, Allied Mills, Cripps Nubake, Woolworths, Coles and ALDI were among the manufacturers and retailers who have agreed to reduce sodium across bread products to 400 mg per 100 g by the end of 2013. Meanwhile, Kellogg Co., Sanitarium, Cereal Partners Worldwide, Woolworths, Coles and ALDI were among those who agreed to reduce the sodium content of ready-to-eat breakfast cereals by 15% over four years.

“Agreed targets give industry a level playing field and certainty on expectations,” Mr. Butler said. “Bread and breakfast cereals are the first of several food categories being prioritized by the Food and Health Dialogue to improve Australian diets.”