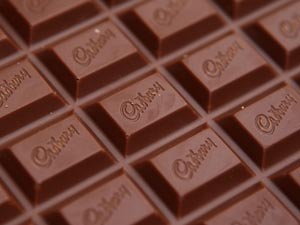 Cadbury’s dairy milk chocolate will now sport a “Fairtrade” logo on its redesigned packaging, while retaining the smaller block size it switched to last year.

The confectionary maker would also increase the amount of cocoa solids in its product, from 21% to 26%.

All of the ingredients in the company’s nine Cadbury Dairy Milk products that could be certified “Fairtrade” would be, New Zealand managing director Matthew Oldham said.

The move follows widespread criticism of a decision in August last year to switch to using palm oil in its chocolate.

The firm started using palm oil as part of a cost-cutting exercise, which also saw the 150g and 250g bars shed about 20% of their weight.

Palm oil production was responsible for the rapid destruction of rainforest habitats and remained the single greatest threat to the existence of orangutans, and many other South East Asian wildlife species.

Though Cadbury only bought and used certified sustainable palm oil for the brief time it used it in its chocolate, the public had spoken – and wanted the palm oil out, Oldham said.

Cadbury responded to public outcry and changing back to the original recipe the new-look, logo-emblazoned chocolates would be on shelves in time for Easter, he said.

The smaller product size would remain.

The company’s use of Fairtrade product would help improve life for more than 40,000 Ghanaian cocoa farmers, who grew the beans the company used in its chocolate, Mr Oldham said.