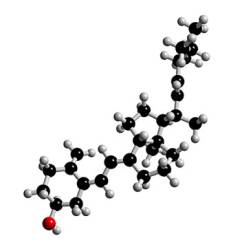 A petition to amend US food additive regulations by increasing the safe limit of vitamin D in yeast-raised baked foods was reported by the Food and Drug Administration in The Federal Register of 17 December. Lallemand, Inc., Montreal, QB, filed the application “on behalf of the US baking industry” to raise the safe limit to 400 IU of vitamin D per 100 g of yeast-raised baked foods. The petition’s full text is available at www.lallemand.com/VitaminD/petition.pdf.

The petition addresses the fact that consumption of vitamin D by many consumers is below Adequate Intake (AI). It goes on to request the safe use of vitamin D2 yeast for baked foods be set at levels higher than the current 90 IU vitamin D per 100 g food.

“Upon approval by FDA, bakers will have the opportunity to achieve the levels of vitamin D necessary to make ‘excellent’ or ‘good’ source claims, giving them one more tool at their disposal to reinforce the contribution bread can make to a healthy diet,” said Gary Edwards, president of Lallemand/American Yeast.

Lee Sanders, senior vice-president, government relations and public affairs, American Bakers Association, noted support from ABA and thorough discussion of the topic within its Food Technical Regulatory Affairs Committee (FTRAC) prior to submission. “This will be good for the American public and for the baking industry,” she said. “While Lallemand was the sole petitioner, the idea is grounded in science as well as studies that indicate average consumers do not consume sufficient quantities of vitamin D in their diets.”

Scientists urge the availability of more food sources of vitamin D, according to Lallemand. The US Department of Agriculture stated that approximately 69% of the population is not meeting their AI for vitamin D. “Considering the widespread deficiency and that vitamin D plays a critical role in bone health, as well as new information indicating that it could potentially play a significant role in strengthening the body’s defenses against chronic and immune diseases, one can realize the importance of improving the vitamin D content of the food supply so that the status of vitamin D improves,” said Wendy Dahl, PhD, assistant professor of nutrition at University of Florida, Gainesville.

Based on consumer surveys made by Angus Reid and TNS Global, milk is perceived to be the most important dietary source of vitamin D. “While fortified milk has been recognized as an important source of vitamin D, there are many in the population who choose not to consume this food,” said Dr. Dahl. “Thus, non-milk drinkers are placed at an increased risk for deficiency. Were there more foods containing vitamin D, especially foods that are consumed by persons of different ages and different ethnicities such as baked foods, this would go a long way to improve vitamin D intakes.”