Carnipure is a special grade of the L-Carnitine health ingredient produced by Lonza, a Switzerland-based life sciences company. 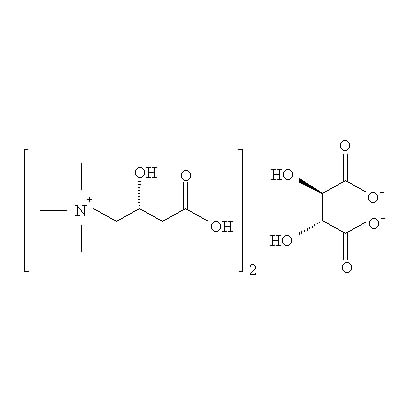 L-Carnitine is a natural nutrient that helps to metabolize fat and produce energy.

It is usually synthesized in the liver but may not be produced in sufficient amounts by babies, adolescents and adults with certain diets or health issues.

The health ingredient may be helpful in weight management, intense exercise programs, pregnancy and cardiovascular health.

Carnipure comes in several different versions and can be used in food and pharmaceutical applications.

Carnipure L-Carnitine has numerous health benefits for end consumers. It is produced using a process based on fermentation and is kosher-certified.

It works by shuttling long chain fatty acids into the so-called furnace of the cell, the mitochondrion, within which the acids are burned to produce energy.

• Carnipure crystalline is described as being highly hygroscopic, meaning that it can be used in liquid products.

• The tartrate version of Carnipure is the most popular version of the health ingredient and contains L-Carnitine and natural GRAS L-tartaric acid. As it has a citric taste and is non-hygroscopic, it is suitable for use in a range of solid items.

• Carnipure ALC represents the acetyl derivative of L-Carnitine and can cross the blood-brain barrier to become a source of acetyl groups when it comes to the synthesis of acetylcholine.

Carnipure crystalline can be used in liquids such as:

Carnipure tartrate, meanwhile, is suitable for use in solids like:

Carnipure ALC is most suited to so-called brain foods.

V S Gulevich and R Krimberg first discovered L-Carnitine in muscle extracts in 1905. Its chemical structure was confirmed in 1927, but it was not until the 1950s that Gottfried Samuel Fraenkel discovered the role of the substance in fat oxidization.

He isolated L-Carnitine from the liver and named it vitamin BT. It eventually became commercially available in the 1980s.

Lonza patented a method for producing the ingredient in 1983.

L-Carnitine became independently certified as a safe dietary supplement in 1993 and the US Food and Drug Administration inspected and approved Lonza’s production facilities for the substance seven years later.

The following years saw much research carried out into the energy metabolism and other functions of the health ingredient.

Recent studies have focused on the benefits of L-Carnitine for pregnant women.

Basel-based Lonza is one of the biggest suppliers of products to the pharmaceutical, healthcare and life sciences industries in the world.

The organisation was founded in 1897 as Lonza AG Electricity Works in Gampel, Valais, when it used its energy to produce calcium carbide and acetylene and eventually moved into the manufacture of B-group vitamin niacin in the 1950s.

Lonza then expanded into the US in 1969 and began to exclusively produce substances for pharmaceutical and agrochemical companies in 1982. It has since grown both organically and through acquisitions.

It is listed on the SIX Swiss Exchange under the ticker symbol LONN.