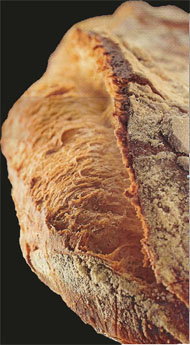 According to findings published in Food Research International, the emulsifiers cassava starch and sorghum may improve the crumb structure of the breads, leading to products with improved sensory attributes.

The study taps into the growing trend for enhanced gluten-free foods, a rapidly growing market. According to a recent report from Packaged Facts, the gluten-free market has grown at an average annual rate of 28 per cent since 2004, when it was valued at $580m, to reach $1.56bn last year. Packaged Facts estimates that sales will be worth $2.6bn by 2012.

The market researcher said it expected to see a much wider range of gluten-free products on shelves by 2012, and said that this will be driven by companies reformulating existing products for gluten-free acceptability, as well as by releasing new ones.

Scientists from the Max Rubner-Institut in Germany compared gluten-free breads formulated with various cellulose-derivatives, including the common hydrocolloids hydroxypropylmethylcellulose (HPMC), carboxymethylcellulose (CMC), and microcrystalline cellulose (MC), with gluten-free breads made with common emulsifiers, such as glycerol monostearate, sodium stearoyl-2-lactylate, and calcium stearoyl-2-lactylate.

Inclusion of the cellulose-containing ingredients also had no effect on the firmness of the crumbs or the staling rate, compared to control bread.

On the other hand, “all gluten-free breads treated with 2.4 per cent emulsifiers staled at a slower rate than the control,” said the researchers.

Work still needs to be done on improving the formulations, suggested the researchers, with all the doughs, except those formulated with diacetyl tartaric acid esters of mono- and diglycerides, being weak and “difficult to handle after slicing”, they said.

“Further improvement of the crumb structure of gluten-free bread prepared from pre-gelatinised cassava starch and sorghum can be achieved by optimising emulsifier concentration between 0.4 and 2.4 per cent,” said the researchers.

Coeliac disease is caused by an intolerance to gluten – the protein found in wheat, rye and barley – and currently affects an average of one in 300 people in Europe. In Germany the figure is higher at one in 200, while the UK reports a figure of one in 100.