These additives provide the specific density and texture in milkshakes, ice creams or sauces. 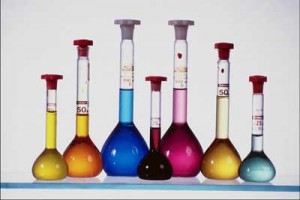 Food coloring, preservatives or flavorings are some of the additives that are used more in nourishing industry in order to heighten particular qualities (color or flavor) or to prolong the life utility. But there is a seasoning more: stabilizers charged to give and to maintain one determined texture in food like the milkshakes, ice creams or sauces. The essence of this additive resides in its capacity to mix ingredients that would not do it of natural form, like fat and water. Thickeners or gelling are member of the most used stabilizers. Like all additives, before being approved, they are put under rigorous controls that credit their safety.

The paper of additives in feeding is very varied and, based on this activity; they are grouped in different categories. Food colorings “recover” the color of food and they make them more tempting at sight; flavor enhancers have the mission to fortify the taste; sweeteners as aspartame are used to sweeten foods with a contained minor caloric; and preservatives extend the life utility in optimal conditions. Others as the stabilizers allow mixtures of ingredients that in natural conditions are impossible, like the water and the oil. Among them, they emphasize gelling that are added to food like ice creams to give gelatinous consistency, and thickeners, that contribute greater viscosity.

Foods have many and varied consistencies. There are not two stabilizers, thickeners or gelling additives equal; one will be more effective for a particular use that another one. The phosphates conserve the natural juice, mainly in meat products, and they preserve them of the humidity during the cooked process. Stabilizers have the ability to act of reciprocal form with other components of foods: Carragenate, extracted of red marine seaweed, react with proteins of milk, an aspect that favors the formation of a smooth gel that avoids particles of separated cacao in hot chocolate.

With stabilizers ingredients in certain mixtures are not disaggregated 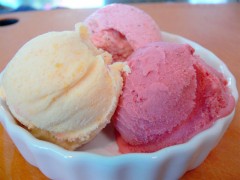 Foods like creams, sauces, shakes or frozen owe their uniform consistency and texture to additive action like agar-agar, pectin, guar gum or starches. Thickeners have the capacity, as carbohydrate agents, to absorb a part of the liquid of foods and to provide a more solid appearance which would naturally adopt. The main mission of stabilizers is to modify the water activity, an action that is translated in a change of the structure of foods, as well as its physical stability, without a modification of the nutritionals characteristics.

In this type of mixture, it is achieved that product ingredients are not disaggregated like margarine or mayonnaise and, even, in dressings for salads. Lecithin, monoglycerides or diglycerides are some substances that are added to give consistency to these foods. In industrial ice cream elaboration, one of the objectives is to obtain a very specific texture. The typical viscosity of this product is able with the use of thickeners like carragenate or guar, that make possible actions like to control ice crystals and the water to create the wished creaminess.

All the nourishing additives, before being approved, must past through a rigorous scientific valuation that guarantees its safety. In the international scope, the Joint Expert Committee on Foods Additives (JECFA), Food and Agriculture Organization (FAO) and the World-wide Organization of the Health supervise to the United Nations for (WHO). When they have been reviewed and analyzed the toxicological possible risks of a certain substance, as much in animals as in humans, if this valuation is positive, a “No Observable Adverseeffect level” (NOAEL) is fixed, that serves more ahead to establish the “permissible daily ingestion” . This amount is considered a safe reference, since the additive will comprise of the daily diet during all the life, without putting in danger the human health.

How it is known if a food contains additives? If the label includes the letter “E” and a number it indicates that the substance at issue account with the approval of the UE. Before, scientific committee must have evaluated it. This numerical form to label additives allows establishing a system of control harmonized in all the States members. The numbers are formed by three numbers. The corresponding one to the hundreds talks about the type of additive: 1 for colorings, 2 for preservatives, 3 for antioxidants ones and 4 for stabilizers.

The necessity to conserve food is very old. The salt and the smoking have been always two used techniques. Also after the harvests, were resorted to diverse techniques to store foods and to face long winters. In the same way, the improvement of the qualities has its roots in the past. The Egyptians used condiments to heighten the colors of their diet and the Romans used spices like colorings. Thanks to nourishing science and the technology, during century XX have been discovered and invented new substances that are added to foods for different aims, but with an only objective: to improve them.

At the moment, in agreement with Spanish Nourishing code, the additives are classified in four great groups: