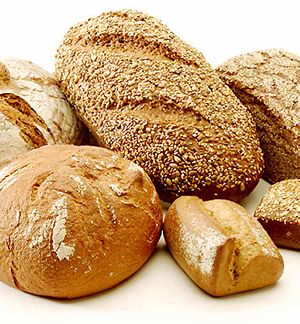 A new study shows that to eat hardly a little more fiber would have a great impact in the reduction of the size of belt of the young people in the United States. The Latin teenagers whom they increased fiber consumption during two years they obtained a significantly decrease of the quantity of fat content around the abdominal belt, while the young people who ate less fiber it grew the abdominal size.

Those were the conclusions of the equipment of Jaimie NR Davis, from the Medical school of Keck, in University of Southern California in Los Angeles. The team studied the abdominal fat content, which is most dangerous because it increases the risk to develop diabetes and cardiac disease.

The authors asked 85 men and women among 11 and 17 years with overweight to answer an initial questionnaire and two years then on the food practices. At this age, said Davis; the diet of some tends is worsening. The fiber consumption lowered some 3 grams by each 1.000 calories consumed in 46 participants and grew the same proportion in others 35.
Abdominal fat increased 21 percent in those which ate less fiber, but decreased 4 percent in those which raised their consumption. The results were published in American Journal of Clinical Nutrition.